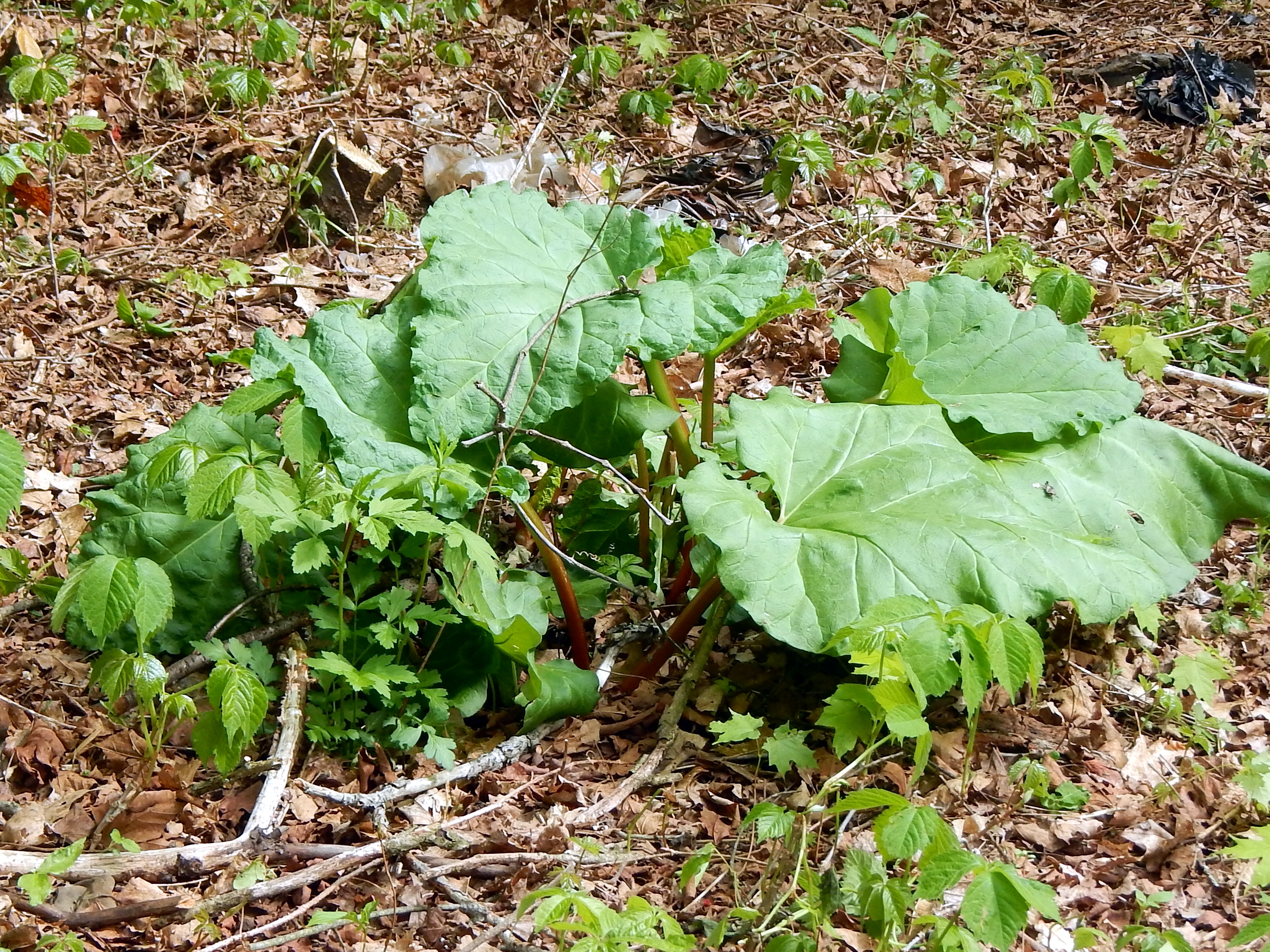 In the process of expanding the garden, Frank cut down a bunch of trees and unburied a few rhubarb plants which previous occupants had planted at some point. What a nice find. They aren’t in the best shape because they clearly didn’t have enough sun, so we didn’t harvest much, really, just the stalks that were damaged in the clearing and tree cutting effort before we knew they were there. I probably got two cups worth once I got it all chopped up. 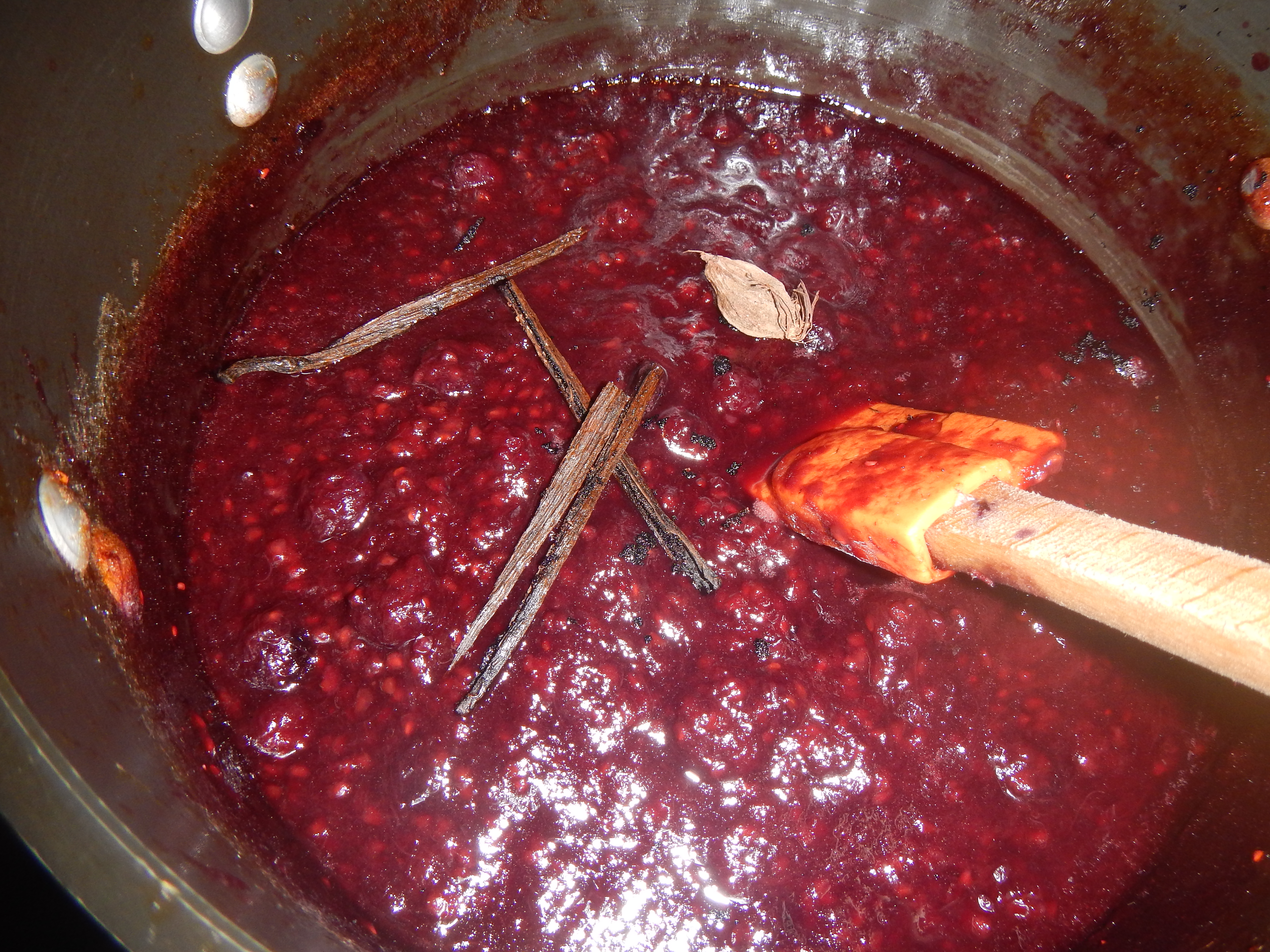 Folks all over my social networks have been chatting about rhubarb compotes of various flavors, so I thought I’d try my hand at one as well. Neal Foley mentioned making his with honey, which sounded great. We’ve got lots of our own honey and allergy season is here so we need to eat more of it, anyway.

I also had a bag of mixed berries in the freezer that I’ve been wanting to use up.

I really like the way this came out and am attempting not to just eat it with a spoon.

Heat over medium heat, bring to a boil, then simmer until the consistency you like. It took me about an hour.

It made just over a pint and is such a pretty color! Yum.

I think I’m going to make a Dutch Baby pancake for breakfast tomorrow just to feature it. 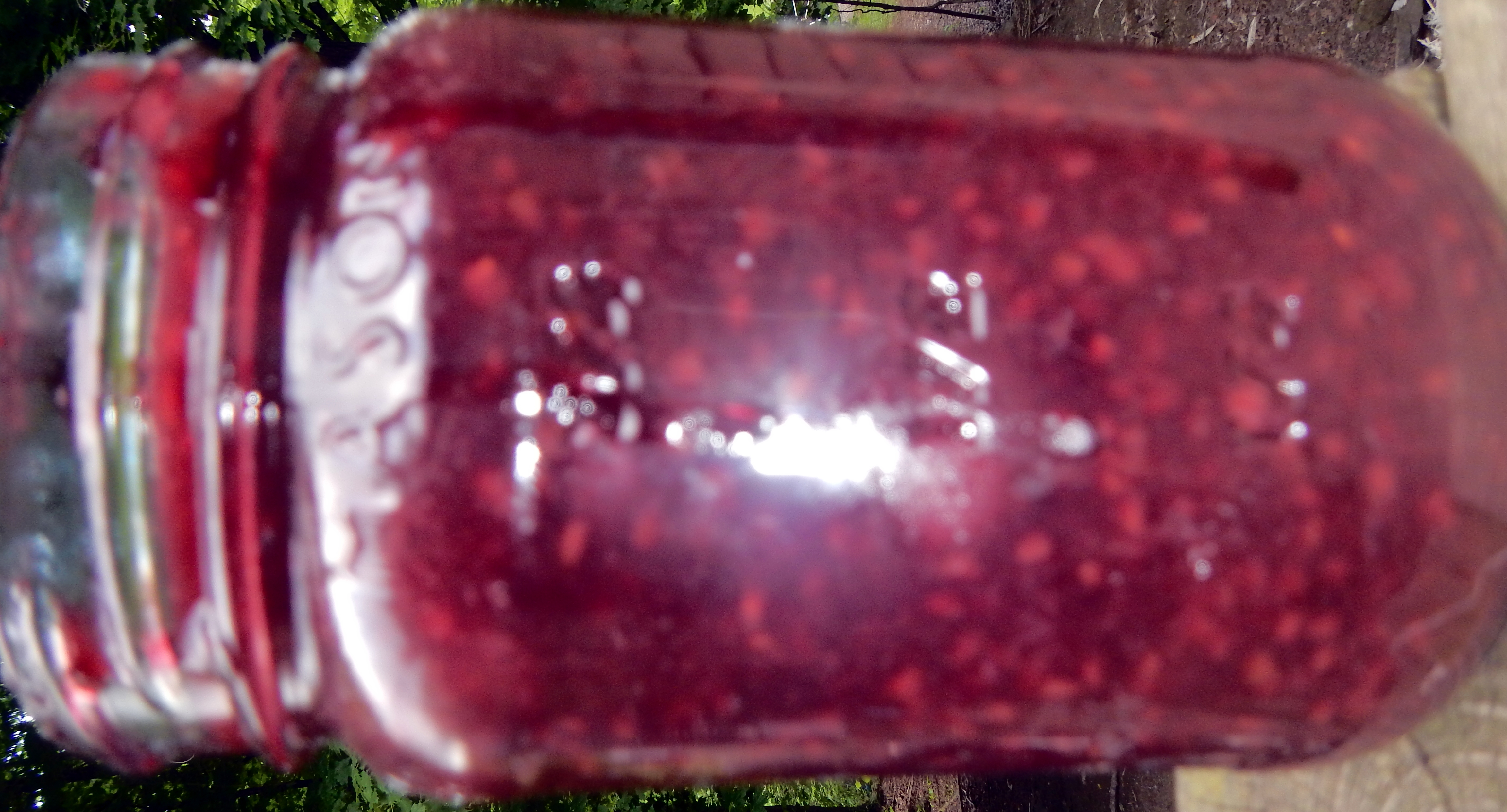