Spring did finally come. Today Lisa made the annual asparagus fritata, a worthy successor to the fiddlehead one.

The ducks are starting to lay, whereas the geese started early. We are ascribing poor hatches of both geese and chickens to the late, very cold weather. The chicken hatch rate is picking up, unfortunately, not so much the geese. We have three more setting as of last week, so perhaps they will do better. The second duck just started setting, and we have our first broody Icelandic hen. 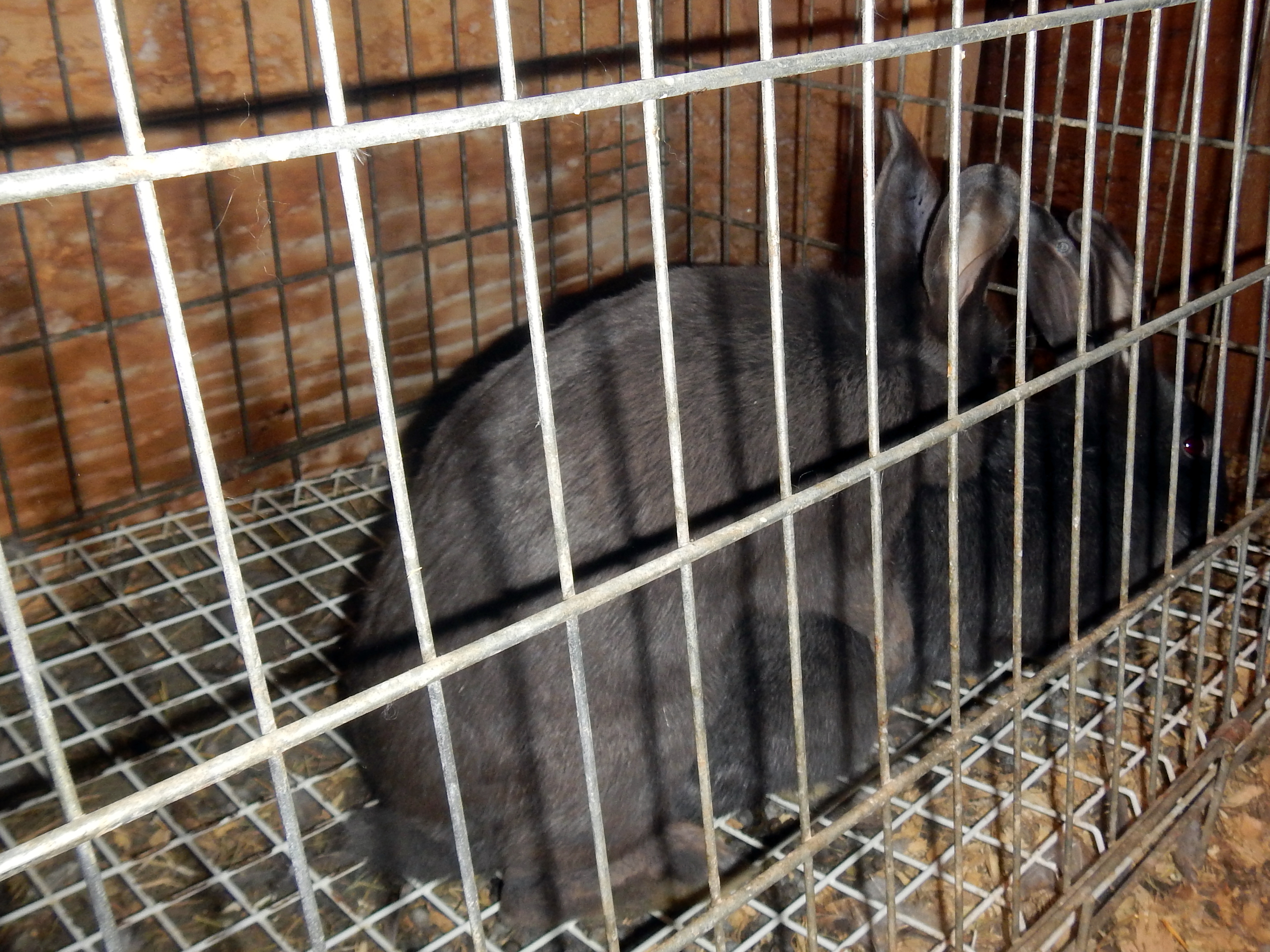 We bred the bunnies in mid-May, our first attempt. We put Hallie in with Olaf and everything seemed to go as planned. Then we decided to just let Olaf loose in that stall about a week later, and they seemed to mate again, so who knows. Surely breeding bunnies can’t be that hard, right? We are trying to figure out where we want to house them once that room in the barn loft gets too warm. Most likely, we’ll move them down to a stall on the first floor of the barn, one with a cement floor so they can’t dig, but still have lots of room. 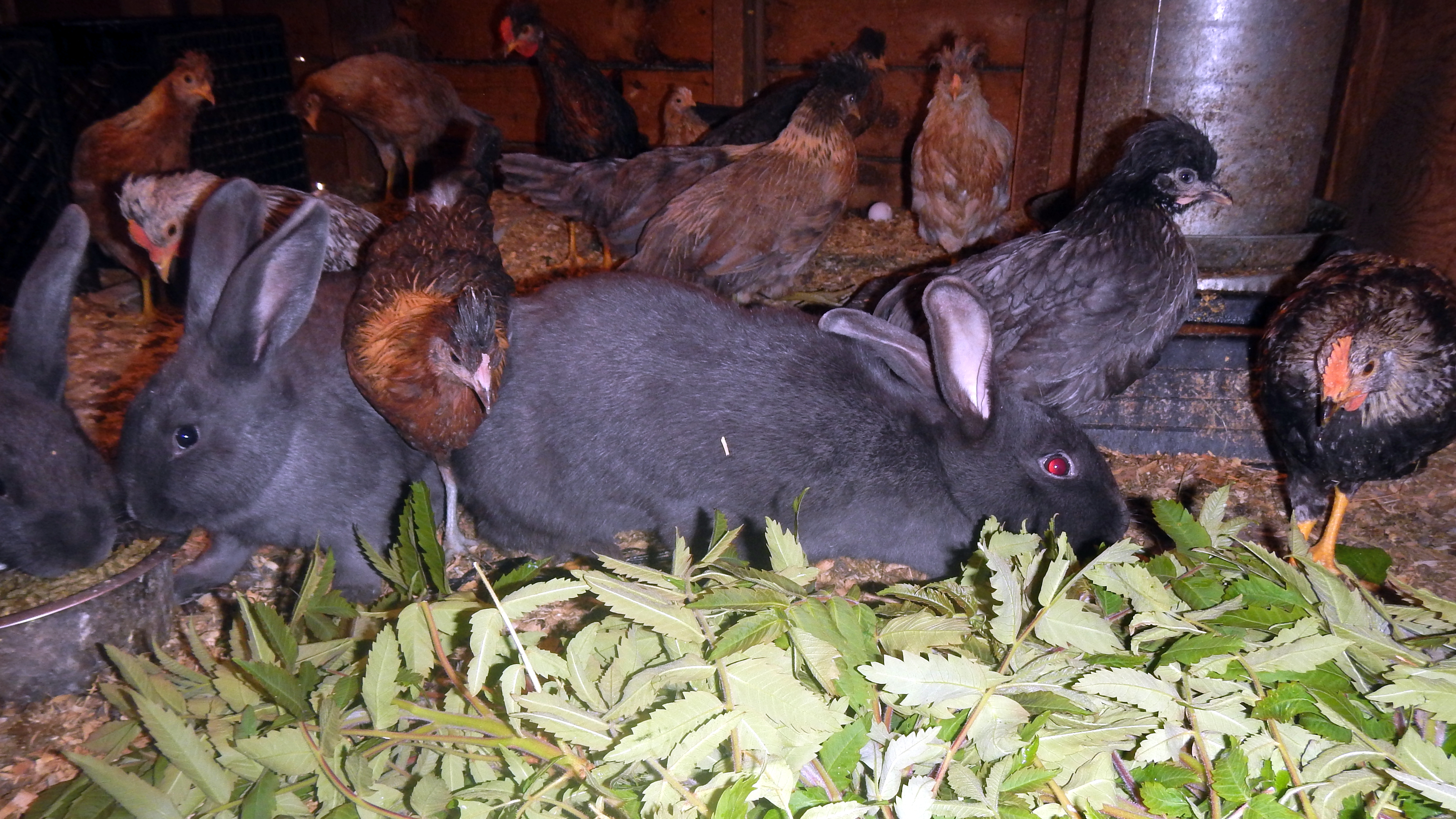 We moved the set of Icies that we are growing out for our own flock out from the brooder room in the barn to the little coop in front. We haven’t yet let them out to free-range, but will soon. We had a very good pullet to cockerel ratio in that bunch. 22 girls, 3 boys. We will most likely cull one of those boys before we let the bunch out to free-range. There’s no compelling reason to keep him and we still have far too many boys in our total flock. (Actually, there are quite a few big boys who need to go off to freezer camp as well.) 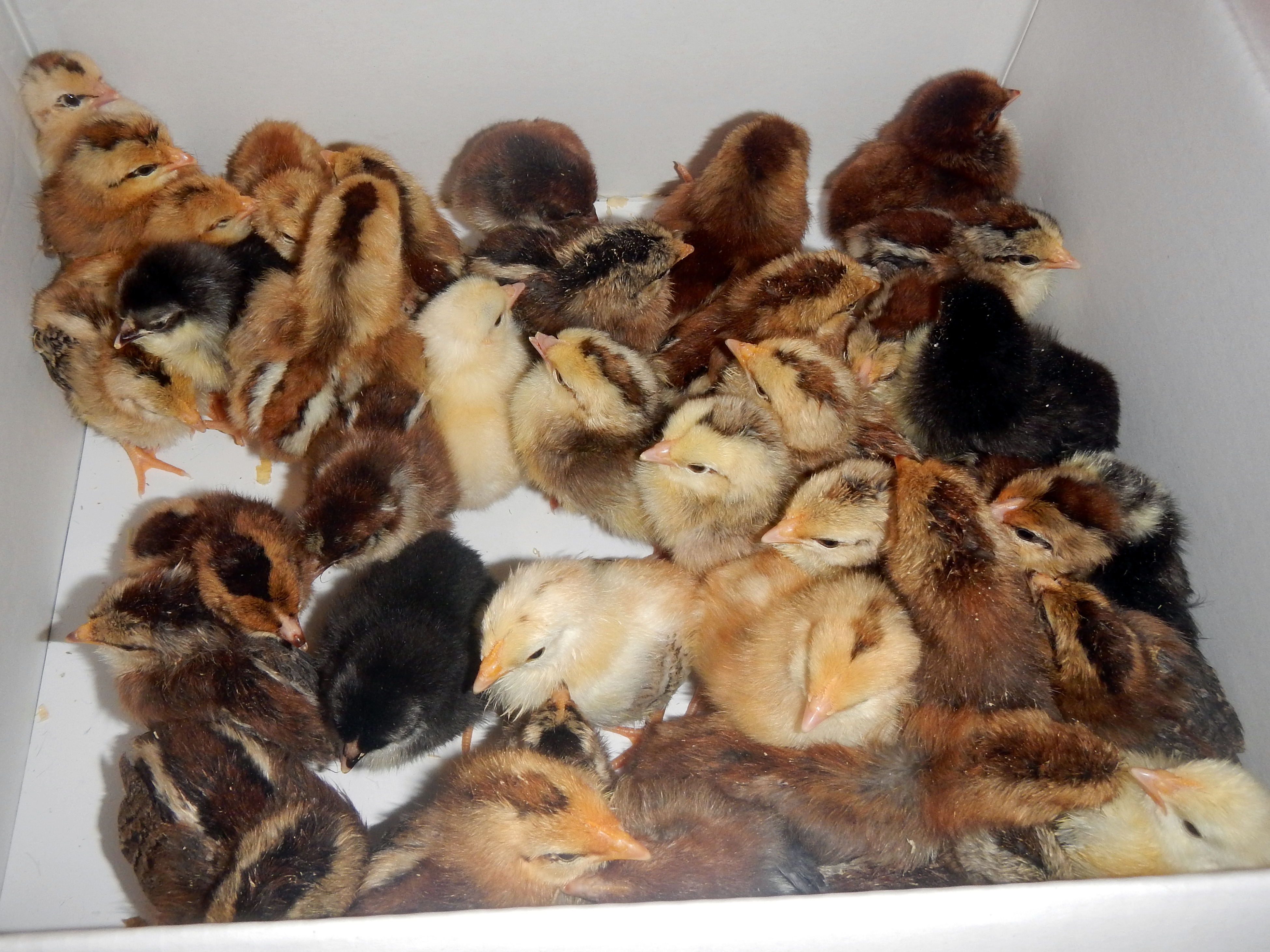 We’ve delivered or had picked up over 100 day-old chicks so far. So much variety this year! All those new genes are giving us colors and patterns we haven’t had before. We’ve also had two sets now hatch when they can’t be shipped, so we’ll be growing out a bunch. We have many orders for pullets and it looks like we’ll be able to fill them quite early. We just moved another batch of them from the living room to the brooder room. We’ve got to be finished starting them in the living room in a couple of weeks because we expect to need the whelping box we are using for actually whelping Gaela’s puppies, due mid-June. The weather really needs to warm up already!

The fermented bran has been a great success. It turns out extra protein (soy) is required. We were out for a few days, and the chickens stopped laying, although the geese did not. 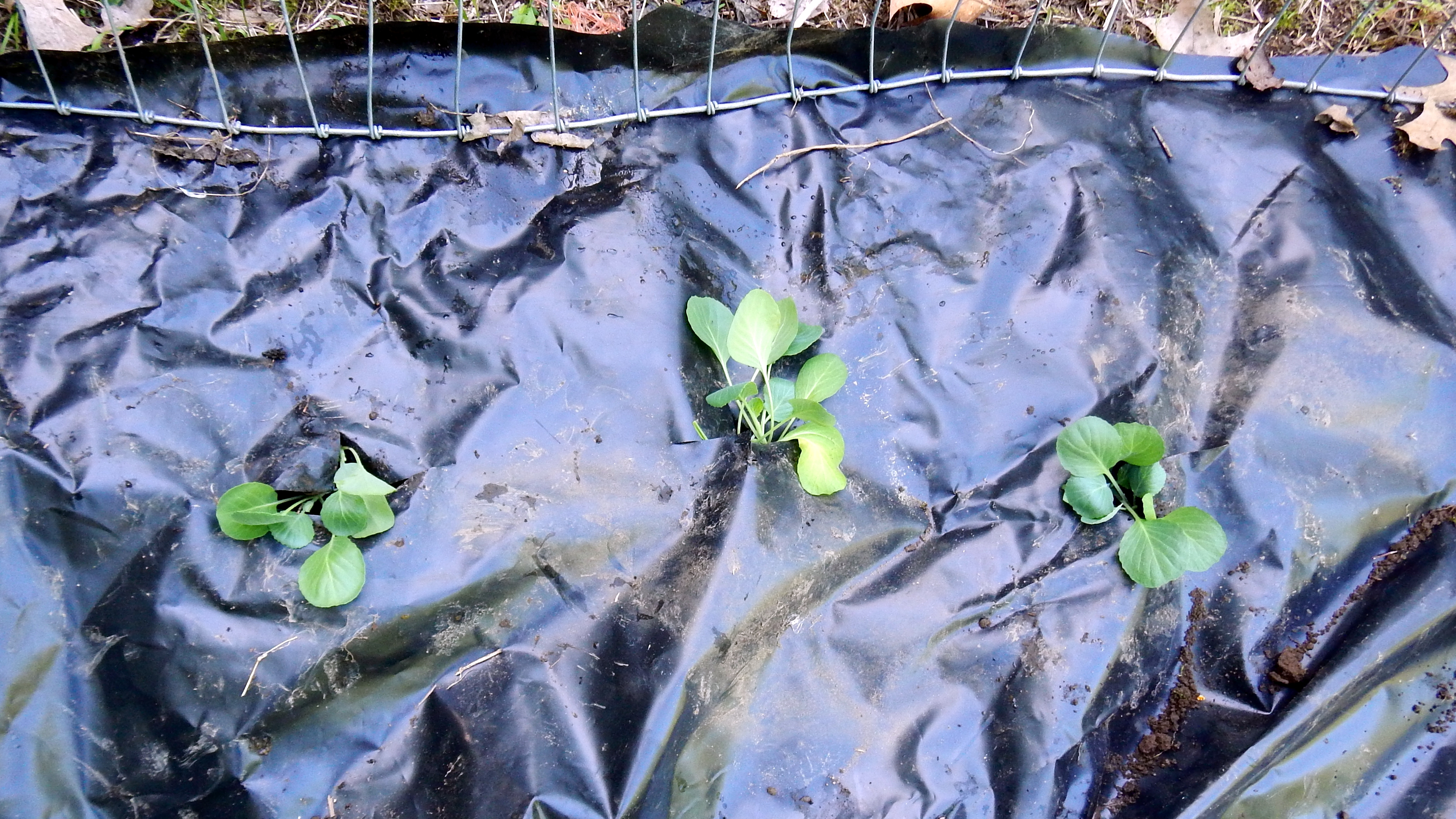 The garden is going in little by little: I doubled the size this year, which took time, and of course, spring was late. Buying the electric start rototiller was a very good idea: Plug it in, hit the switch and it’s running. There is, however, a design issue. There are two sets of tines, with a partition between them. The tines only clear the partition by about half an inch. That’s the perfect space for jamming on a pebble, which they do, about every 150 feet. Given that the local bedrock is a rather soft schist, I doubt that anyone will ever get all the small rocks out of the soil.

We are planting everything we can through black plastic this year. We’re not thrilled, but the weeds were horrid last year. We left what plastic we used then on over the winter and it did a great job of holding off the weeds. I’m hoping it also toasted a bunch of the weeds seeds, so they won’t start popping up now.

This is the first year we succeeded in starting Hatch chilies. Poor germination, but it’s a start.