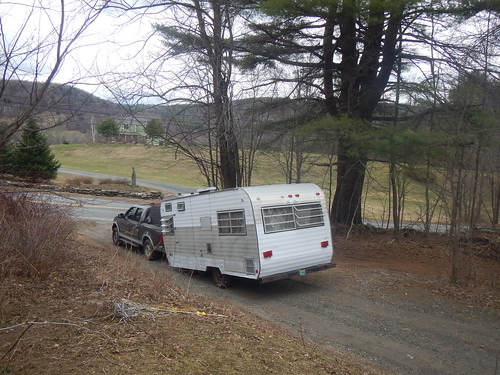 We hauled all our critters from Vermont to Missouri earlier this year in a 17 foot camper that a neighbor had sitting in his yard, mostly gutted. All it needed was new tires, and it worked out really well. The theory was that this year would be figuring out the new space and plotting and scheming about what to build and where. 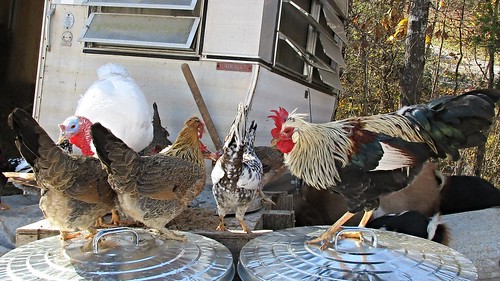 So in the meantime, the camper has been the coop for all of the birds, and that too is working out pretty well. All of the screens are operable, so in the summer, I just opened them up all the way, and because it’s parked in the shade, it stayed fairly comfortable for everyone.

It’s also high enough off the ground that in the heat of the summer, many of the birds hung out under the camper to stay as cool as possible. So did the Prys and the goats, for that matter. 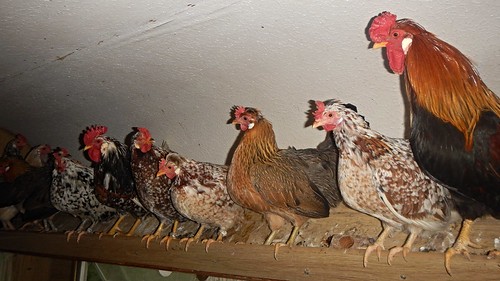 I’m still figuring out the best roosting things. A lot of the roosts I put in they hated, and just used some of the shelving, but I keep trying different things. I’m not sure how cold we are going to get here yet, but they aren’t huddled together for warmth like I’m used to. We’ve only had a couple of nights below freezing so far, and it’s already December. Crazy! 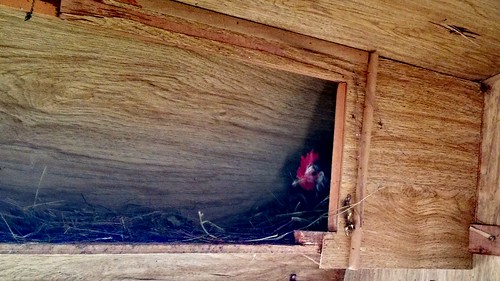 What the girls do like, though, are all the cabinets and other hiding spaces to use as nesting boxes. They aren’t using anything on the floor at all, no matter how I try to tempt them, but the ones they fly up to like this, they love. They are just finishing a molt, and I’m getting between two and three dozen eggs right now. I’m tempted to turn on the incubator, actually!