Their squeaky ball addiction is strong, man. I barely know what music sounds like without a background of squeak-squeak-squeak!

Disa used them like a pacifier when she was a puppy, and would squeak herself to sleep. When she and I drove from Vermont to Austin to pick up my daughter’s truck to use it to haul critters to MO, I swear she squeaked the whole way. Once I mentioned to her that it might be time to give it a break. She looked at me like I’d lost my mind, which by then, I was pretty sure was true. 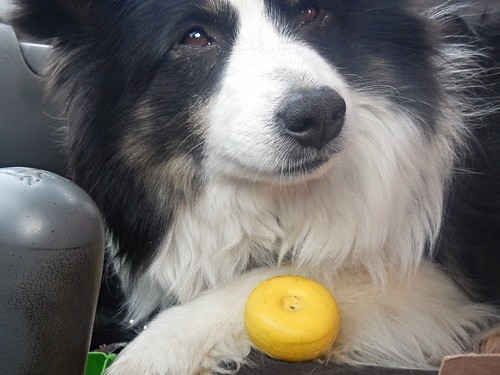 Anyway, someone once said that animals don’t lie, and for the record, I think that’s bullshit. I leave you with a short video to prove my point. When Disa has lost the squeaky ball to one of the other dogs, she will often try to convince me to get a new one. She hasn’t a clue where the squeaky ball is. Get a new one! They are kept right there up on that shelf!

I need to take out stock in the company that makes them. They aren’t cheap! I can sometimes find them for $2.99 at Petco, but not reliably, so I usually order six packs from Amazon. I only let them have them under supervision, because if they have it too long, someone (GAELA) will rip it open and take out the squeaker, and then evidently they suck and will be completely destroyed in about five minutes, shredded to tiny bits.