All the puppies are now sold 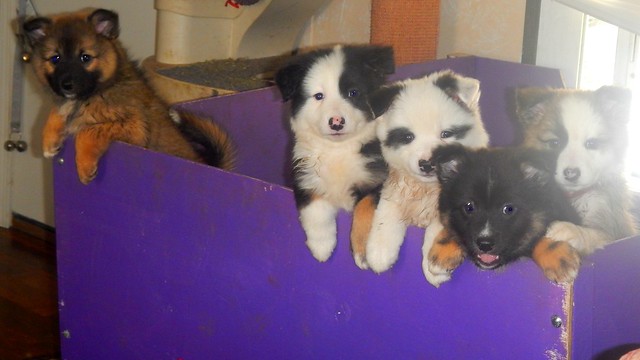 Dogs from my breeding program have excelled in disc dog, agility and do best with active, fun families. Icies are very, very companionable dogs and respond best to positive training.

All three of these boys have been pottying outside for weeks now which is a nice thing with a new young puppy! They’ve had lots of socialization, safe new experiences so that car trips are fun. They’ve been swimming and hiking, and have constant access to a lovely little yard through a dog door from their whelping box, which is in our living room. As with all our litters, we did Super Puppy Early Neurological Stimulation with them when they were tiny babies because we love the results with our dogs.

We’ll be making a trek from Missouri up to New England towards the end of August and are happy to deliver one of them along the way.

We are putting up lots of PuppyTV on our YouTube channel: http://www.youtube.com/MackHillFarm and their photo album has new additions daily, here. For photos of the rest of our dogs, the collection is here. 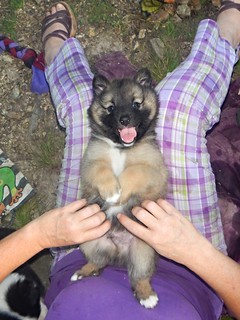 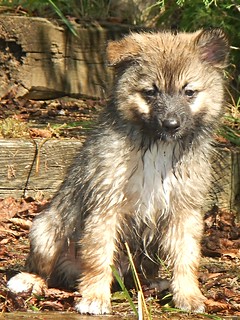 Our Big Brown Boy was the first puppy born, and acts like it. He’s so smart and independent, the first to figure almost everything out. He’s a strong swimmer, loves to tug, fascinated by balls, and a total snugglebug and lap puppy. He’ll be your typical reddish brown Icie, turning the color that’s behind his ears, and almost all of the brown in his coat will fade, but most of the black mask will most likely stay. 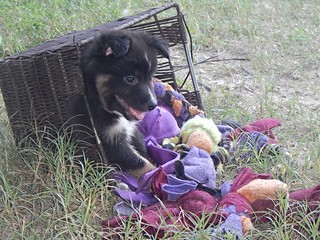 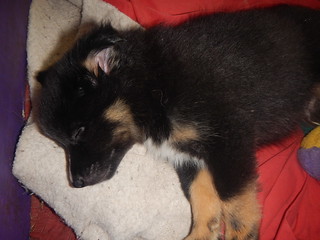 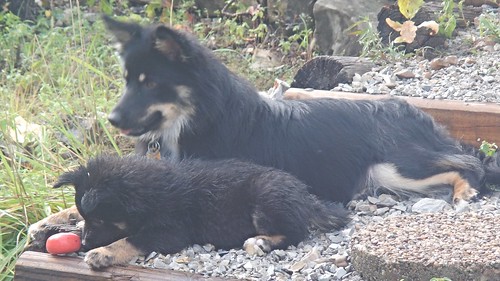 Rocky II is the smallest of the boys, and is a true tricolored Icie — he’s going to mostly be black but have significant amounts of both tan and white, one of my very favorite patterns, just like Nelly from our last litter, who he hangs out with constantly. He’s a very strong swimmer, the sweetest of the bunch, and the one most likely to chill out on the sidelines and watch some of the craziness while chewing a stick. He loves balls and loves everyone. I caught a cute interaction with him on video the first time he met our cat, Tara, Rocky II and Tara. 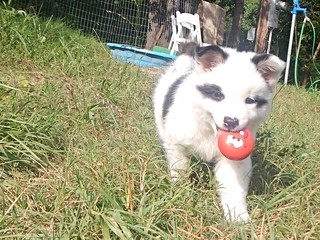 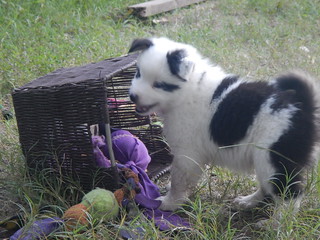 Our Panda Boy is a happy, silly boy, who makes me laugh constantly. He is a total little ball addict and loves to fetch already. He went swimming in deep water like a champ the first time he was introduced and can’t get enough of it — swimming . He’s a cuddlebucket like the majority of the puppies I breed, and loves to have his belly rubbed.