First, a public service announcement. It is not too late to plant a garden if you choose your crops right: Green beans and carrots now, peas and the cabbage family in July for fall harvest. It’s too late for bulb onions, but scallions can be chopped and frozen. We did it with ramps this year, and the results rock. With the California drought, this is a very good year to plant a garden. Even if El Niño delivers, it will be April before there’s help in the grocery stores. 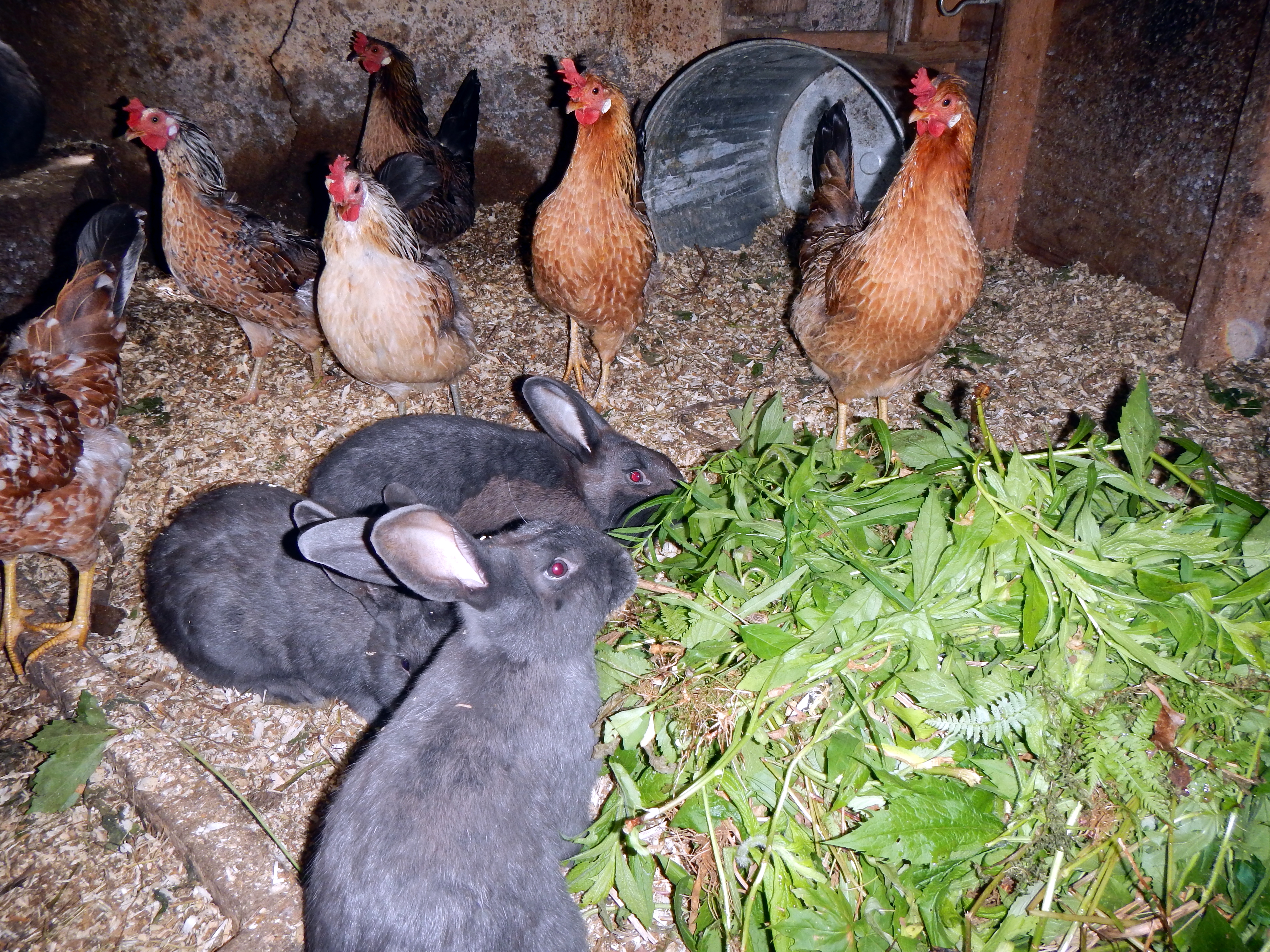 The garden expansion in large part did not happen. Even after collecting all the trash from previous tenants, the combination of sumac and Virginia creeper proved too much for the tiller. I am hand clearing the sunniest spot for the herbs, and the easiest spot, which is shady, for the next batch of cabbage and broccoli. I’ll continue working on the rest through the summer. The bunnies are happy to eat a bushel a day, so that should keep me working.

Many our seeds, dating back as far as 2010, are at or approaching end of viability. Both the 2012 Big Jim chilies and the 2013 bell peppers had poor germination and were then unhappy with the weather. I broke down and bought a six pack of bell peppers, to get something. The 2013 tomatoes did fine, as advertised, which made me surprised at the peppers poor showing. They too are not happy with the weather.

The leftover pinto beans from last year are looking great, although apparently a pole strain again — farmer Google says they come both ways, but the seed vendors never seem to say. For our first planting of ‘green’ beans, I put in all of our remaining purple seed, planted densely because they looked moldy. That turns out to be a good call, horrid germination, and very deformed first set of true leaves. The wax bean seed looks to be in good shape, so I’m still hoping for beans to freeze and can.

The parsnips and first batch of carrots are not yet up, but they are only just now due to germinate. Have I mentioned the weather? I went back and planted as many carrots as I though we could use before they went bad. (We have a crazy amount of seed.) Then I remembered that the geese and bunnies like carrots too. So I’m trying to figure out where to put as many again.

The overwintered alliums are doing well, if a bit late, but are clearly in too much shade. I’ll make sure next year’s crop are better situated. This was a test crop, so most of it will replanted this fall. Vegetative reproduction or no, allium strains do adapt to local climate, given the chance.

We’re having issues with the chick business this year. Lisa tells me that 6 people who have given deposits are not answering queries about shipping. It will be too hot to ship any week now. We finally have a few pullets to deliver. (Who’da thunk that eggs laid in frigid weather don’t hatch.) Those people keep stalling, but at least they answer.