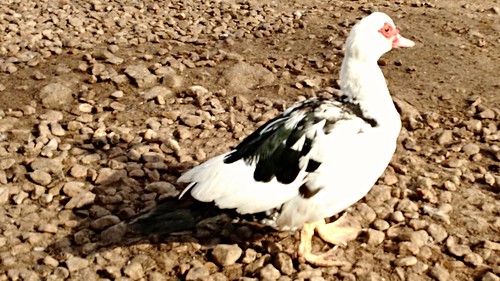 The Muscovy ducks are settling in really, really well. There were too many drakes for a good ratio, but that’s been fixed now, so I have a really happy flock at this point. I have ZERO tolerance for asshole drakes. I tried several breeds of ducks and got rid of them really quickly because of rapey drakes. No thank you. (Pekins were the worst! They killed ducks with huge gaping holes on the sides of their necks. No.) 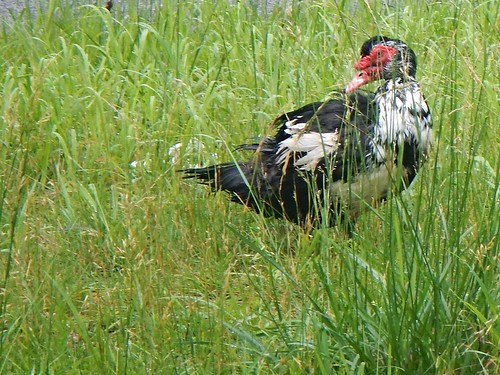 So I have one drake of each flavor — a black and white magpie pattern, to go with the six ducks of the same pattern. He’s not the friendliest to me, but that doesn’t really matter. He’s not rapey with his girls, and he’s good around ducklings, and that’s what matters to me. 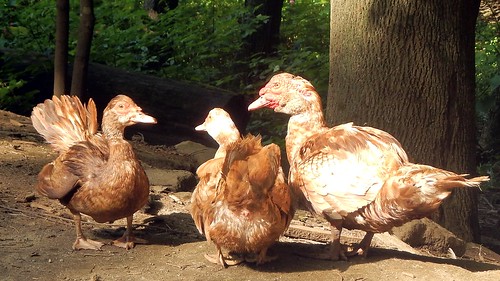 I also kept a chocolate drake, to go with the dozen chocolate girls I have at this point. He is actually quite friendly, both to me and to all his girls.

I don’t keep them segregated at all, but the chocolate girls hang with the chocolate boy and the magpies hang with the other one. But the babies come out in all sorts of interesting patterns, so I know there’s quite a bit of cross hanky panky going on. There isn’t any fighting about it, though, so I’m fine with it. 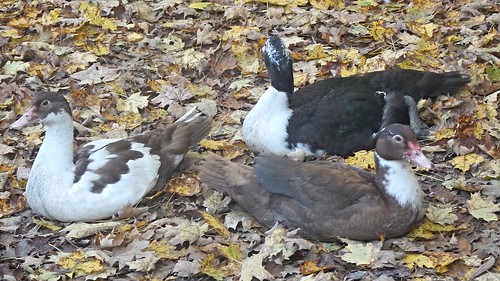 I haven’t seen a duck egg in a few months. I wonder when they are going to start laying again? And where?!